What is DevOps and how it can benefit your IT project? Who are DevOps engineers and what are their responsibilities? Why is it worth having one in your team? Read on to find out!

Not many companies know about it yet, but a talented DevOps engineer is worth their weight in gold. Do you have problems with managing and streamlining your projects, regularly passing out product updates, or even improving how your project’s team works together? DevOps is exactly what you need here - they are the ones who know how to connect the various project teams and what they need in order to work better.

And the benefits of DevOps are multiple - your team members will get along much better, projects will go much smoother with far fewer hurdles along the road, and you will therefore be able to release products faster and save a good proportion of your budget to boot!

But who exactly is a DevOps engineer, and why should they be a part of your next IT project team? Grab a cup of tea or coffee and read on - we’ll take a closer look at who DevOps engineers are, what they do during their working day, and how they can benefit any company they are a part of.

First, let’s explain what the term “DevOps” even means. The term was created in 2009 by Patric Debois after he got frustrated with the endless conflicts between developers and system operators, and started to ponder about a solution to this problem. And he did come up with an idea - a way for developers to quickly and effectively develop products and release updates while also speeding up bug fixing. He named it DevOps - from smashing together the terms “development” and “operations”.

(Fun fact here - the first idea for the name was Agile System Administration, but that was deemed to be far too long!).

But what exactly does it mean? The most commonly used definition describes DevOps as a set of practices that automate and integrate several processes so that project teams can design, test, and release products faster. And that’s all correct, but what’s really important in DevOps is the person working between the Dev team and the Ops team who is known as a DevOps engineer. 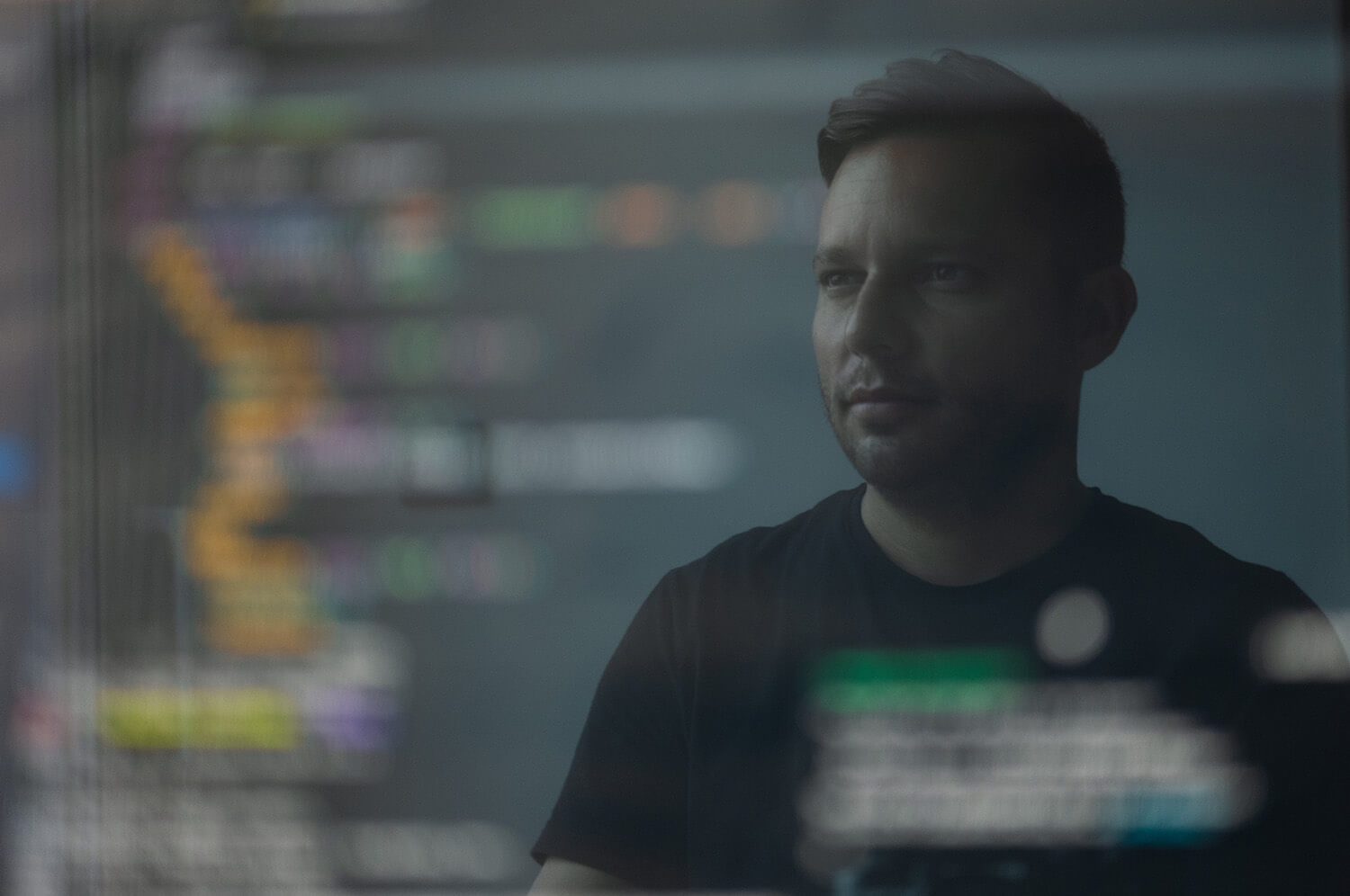 Who is a DevOps engineer?

To give you a general definition, a DevOps engineer is an IT professional who works both with developers and IT operation staff to oversee product or update releases. They typically don’t work directly on the product’s code as the name would imply but instead organize meetings, schedule deadlines and project releases, keep an eye on quality control, and think about ways how current processes could be improved.

While they do need to know a bit of coding to understand how to write a script to automate key tasks or build a plugin tool for your team, coding is not their primary responsibility. What DevOps engineers are really good at is changing how companies can manage their IT projects for the better by moving from the traditional, linear Waterfall approach to a DevOps approach, which is much more suitable for modern times.

What is the problem with the Waterfall approach, though?

The waterfall model is still widely used in software development projects, but its shortcomings become pretty visible when compared to newer models such as Scrum or DevOps. The waterfall model relies on a defined set of phases taken only one at a time, and the next step can’t be started before the previous one ends. This means that if there are any delays or problems during one stage, then all others are delayed. But that’s not the only problem with the Waterfall model:

• A large number of technical issues and bugs to fix during later stages - delaying the testing stage until the product is almost complete is the norm in Waterfall. This also means that there’s plenty of room for bugs and crashes to go unnoticed until the project is nearly finished, leaving the testing team with several problems to solve in a very short time and often requiring very costly solutions.

• Late updates - the other problem which testing teams have to face is that the Waterfall model doesn’t exactly like changes. If there’s a sudden roadblock in the testing stage that requires a significant change in the project (like features crashing), then finding a solution and fixing the bug can take weeks or maybe even longer, throwing the entire project off the rails.

When DevOps handle a project, the style of work changes completely. All project stages from design and development to testing run at the same time in a loop with the Development, Operations, and Testing teams working together.

The developers release parts of the code in small batches and send them immediately for testing without waiting for the product to be completed. The goal here is to ensure that every batch is tested, debugged, and ready to deploy at any moment - and DevOps engineers automating several of the tests help a lot here to spot any bugs and bottlenecks. What else can DevOps support project teams with? 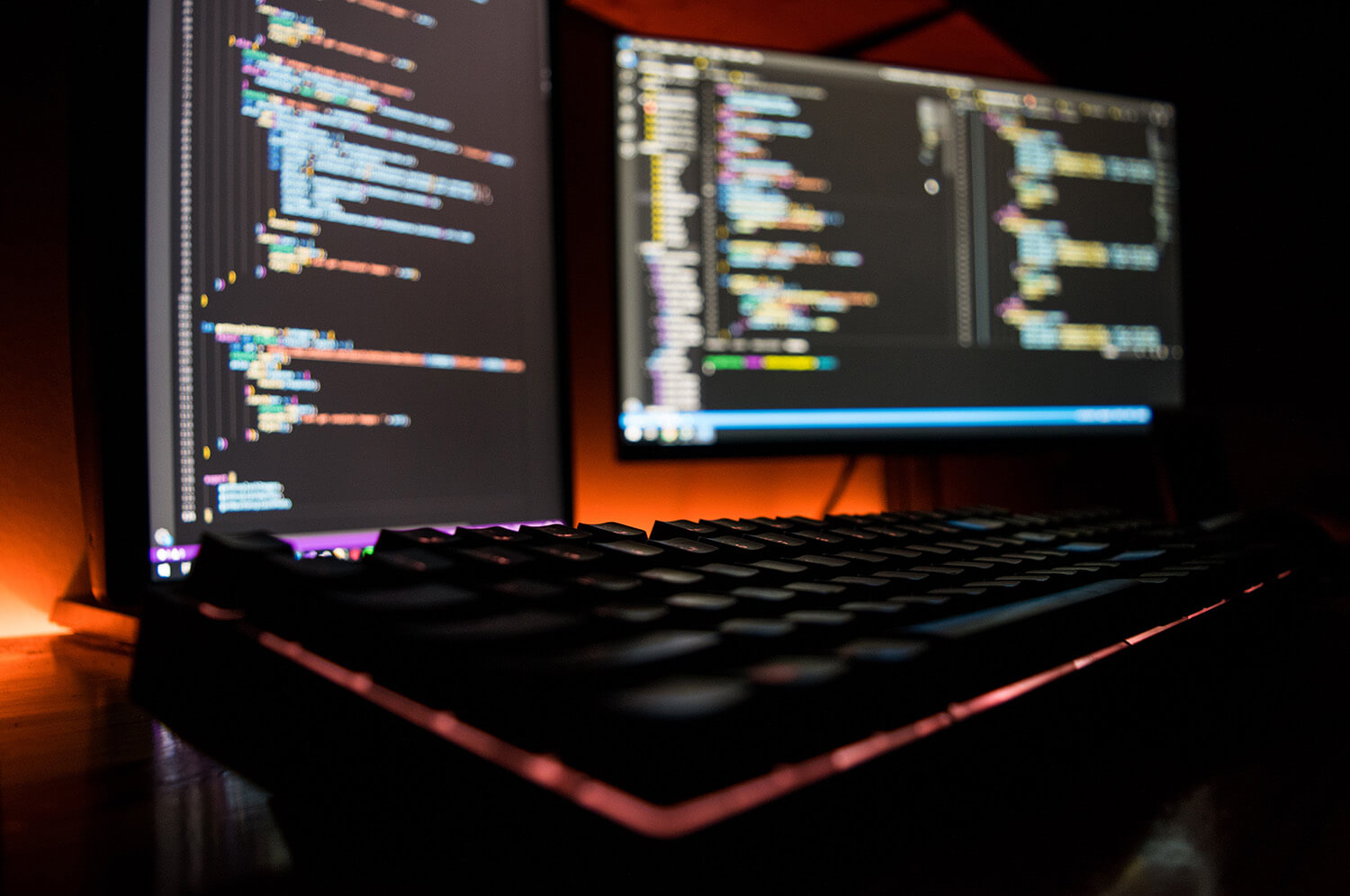 What are DevOps main tasks?

Typically, a DevOps engineer works with diverse groups and company departments, so besides technical skills, they also need interpersonal skills to work together both with software developers and IT staff. A DevOps engineer should be a talented multitasker with a keen eye for details and organized enough to handle many things at a time. A DevOps engineer’s primary responsibilities typically include:

▸ Managing the project: DevOps engineers can become the ones controlling the “who”, “when”, “where”, and “how” of a project and ensure that everyone in the team knows what the main objectives and deadlines are.

▸ Improving your central IT infrastructure: another important daily task of a DevOps is analyzing the primary IT infrastructure and thinking of ways how it could be updated to help the development team work better and faster. Regular performance testing of all systems is also a part of their job.

▸ Automating processes to save time: if your project is going much slower than you would like, there’s a good chance your developers are busy with several important but pretty repetitive tasks. DevOps can help tremendously here by designing ways to automate some of those tasks (for example, by building useful plugins) and reducing your development team's workload.

▸ Systems analysis to optimize the release: DevOps engineers regularly analyze the system and tools used by the development and operations teams and suggest how they could be upgraded. They can also run performance tests and, if necessary, offer alternative solutions.

What are the benefits of hiring a DevOps?

Now, let’s get into the nitty-gritty question: what can you gain by hiring a DevOps engineer for your business?

One of the main benefits is that DevOps engineers will promote a workplace environment in which different teams can work together to achieve a common goal rather than work in isolation. By helping your various team members get along better and teaching them how to move from the traditional “My job here is done” way of completing project phases, DevOps can massively quicken the pace while also improving the final’s product quality.

2. Much less time spent on testing the product

The testing stage is typically the one that takes the most time, especially when releasing a new product. Thanks to introducing regular automated testing right from the beginning, the testing team doesn’t have to worry about having several significant issues to fix when the product is nearly finished, and thus the testing stage can take much less time. DevOps also keeps an eye on the project’s progress from the very beginning, ensuring that any bugs or places that need updating are quickly located and fixed at an early stage - allowing you to release your ready product to the market much faster. 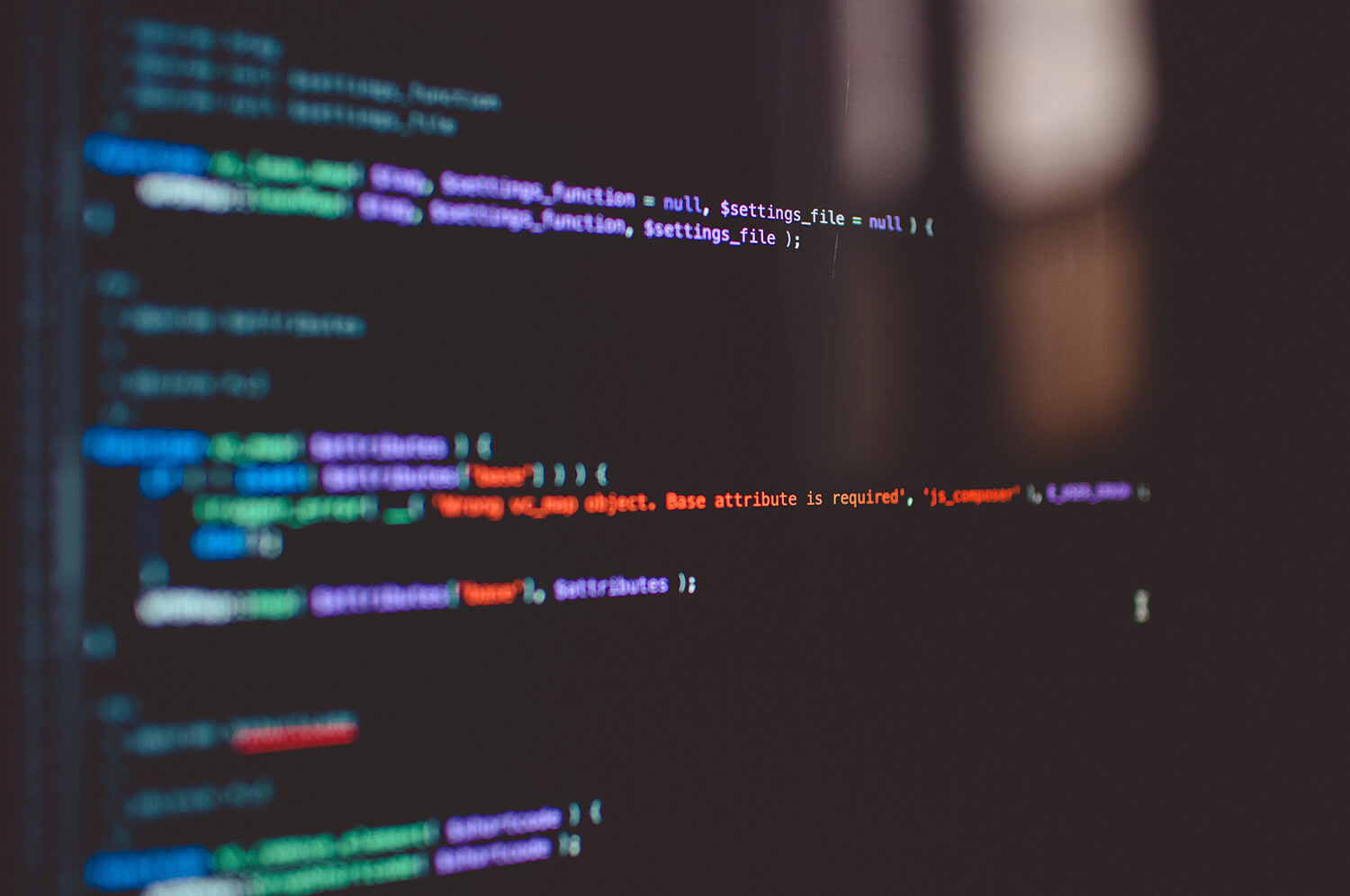 Are DevOps engineers only about speeding up teamwork? Not at all. Equally important as making developers work more efficiently is giving them space to brainstorm and share new ideas together, which can help them to boost their productivity even further by suggesting new ways to solve a problem or sharing ideas for different features. And now that your team members can save time on repetitive manual work, they can spend it on finding ways to improve the product’s performance instead of experimenting with additional features.

From a business perspective, the biggest benefit of DevOps engineers is maximizing a business’s profit by cutting costs on ineffective processes, outdated systems, or team productivity issues. Thanks to automated testing and CI/CD practices, DevOps can help developers write better code and quickly identify then fix bugs. But by keeping an eye on the product from the beginning to the project’s successful completion and automating the release pipeline, a DevOps also enables you to release a finished product much faster and slash release costs significantly.

Faster product releases with lower costs and far fewer errors all sound great. But did you know that DevOps engineers can also help make your customers far happier with your product via feedback loops? With a regular flow of information from the team and your clients, both groups can track the project’s progress and suggest any desired modifications. This ensures that your end-users and developers are on the same page when it comes to what they need and what they expect. 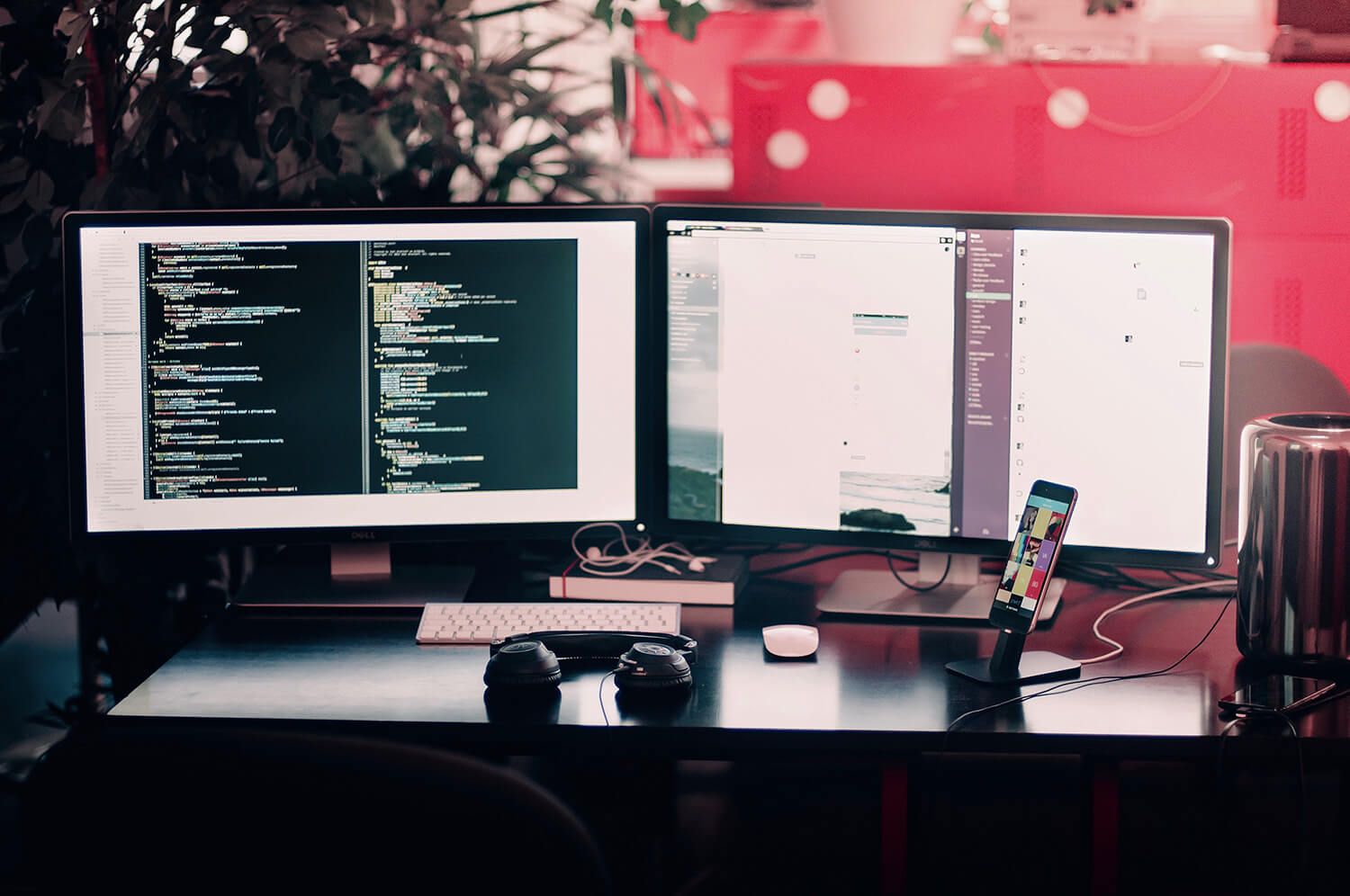 If you want to move your IT project teams from disjointed, separate groups to ones that can work together hand-in-hand, DevOps engineers are exactly the people you need. The benefits of having one in your team are massive - from the automation of streamlining your product delivery pipeline to creating feedback loops to ensure your products look and work exactly as customers want them to.

Add a much better atmosphere in your teams thanks to DevOps encouraging collaboration and sharing ideas to help reduce costs, and you can probably see now that talented DevOps engineers can really redefine your business for the better. While changing your employees’ mindsets about how your business worked until now might prove to be a challenge, the work will be more than worthwhile.