What are the most important roles in a software development team, and what are the responsibilities of each member? Keep reading to find out.

If you don’t have much experience with software development but want to kickstart your first project (like a mobile app or custom-made software), you might have hoped that hiring one or two “jack of all trade” developers would be enough to turn your app idea into reality. So you schedule a meeting with a software development company to discuss your needs and your vision.

But much to your surprise, you hear during the meeting that your team should include at least six people, all with different titles and responsibilities. This sounds like almost completely unrealistic requirements. So you might ask yourself: “do I really need that many people to create an app, and why aren’t one or two developers enough to create a full-fledged app?”.

The answer is simple: the world of software development has become enormous. There are dozens of languages, programming tools, and technologies, plus several ways to get things done. It’s impossible for one person to know everything, which is why software houses typically hire several developers with various skills, specializations, and different roles in a software development team. From a person who will ensure that your app looks great, through someone responsible for making it easy to use, to another who keeps an eye on ensuring the data inside your new software is as secure as possible.

Confused? We’re here to lend a hand. In this article, we’ll explain some of the most commonly mentioned roles in a software development team and answer the question: “so who does what in the team?”. Shall we start? 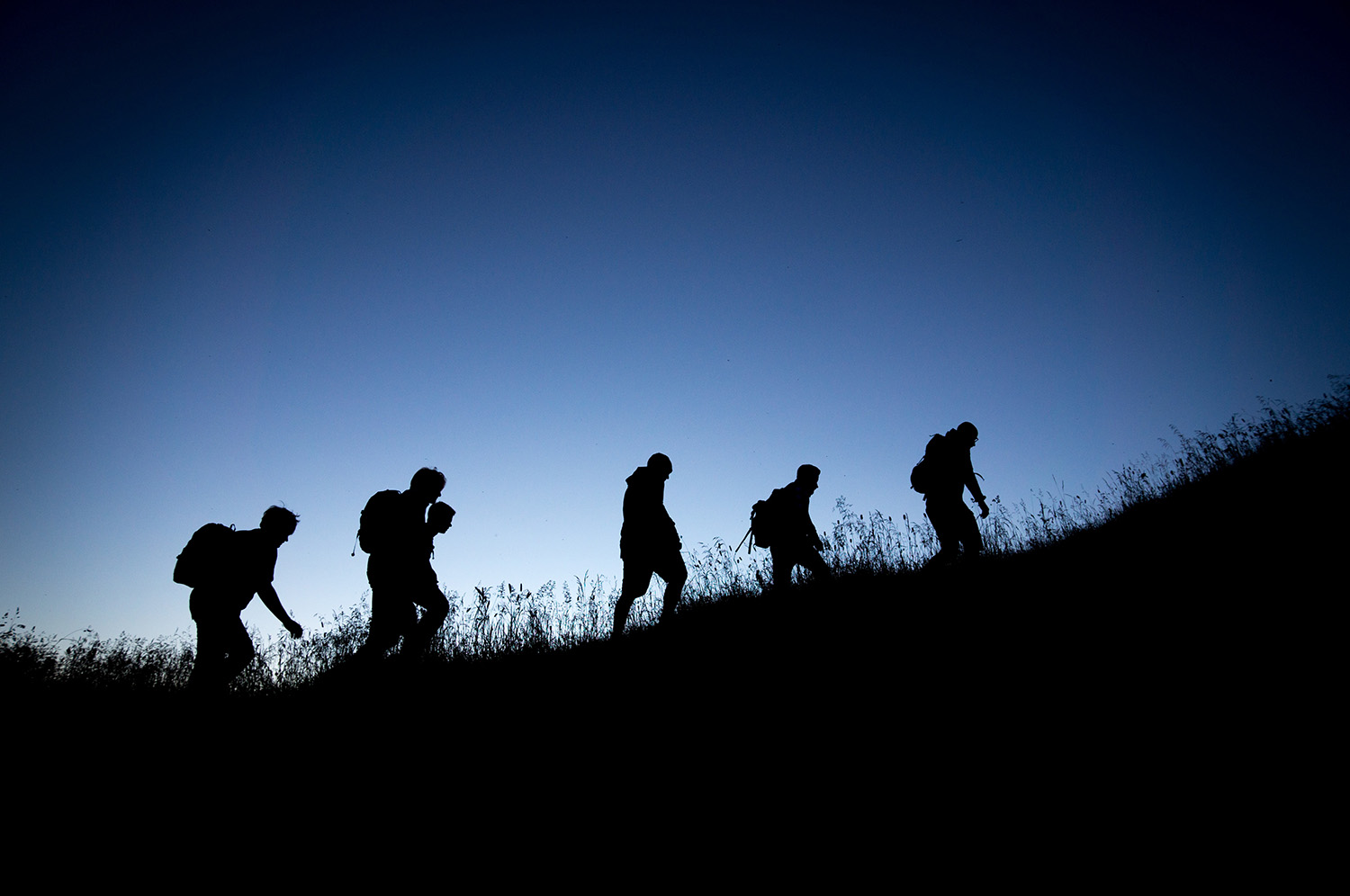 This is one of the most important roles in a software development team. Project managers connect you with the software developers and serve as your main point of contact in the team. They will listen to your needs and requirements, inform you about the progress of the project, and also let you know if there are any changes, setbacks, or delays.

While they won’t be working on the product directly, project managers will know all the answers to the “who”, “what”, “where”, “when” and “why” questions regarding the project, and how to make it run smoothly. A project manager’s main job is to oversee all phases of the project (including testing and delivery) until it is successfully completed and the client accepts the product.

Planning the schedule and deadlines, identifying potential risks and how to prevent them from getting in the way of completing the project, regularly talking with and gathering feedback from the client, recruiting team members, keeping an eye on the budget, and looking for ways to improve the software development process are all part of their main responsibilities.

The names might sound confusingly similar, but their responsibilities are slightly different (although quite often it's one person combining both roles). The team leader is the person that coordinates the work of all other developers in the team and makes sure that the product is delivered on time. Among their many responsibilities, they assign roles to each of the developers based on their strengths and skills, decide the order in which tasks should be completed, and resolve conflicts in the team.

They are also responsible for creating the right working conditions for team members, i.e. making sure the team has all the necessary tools, resources, and knowledge they need to complete their tasks on time, as well as motivating them to do their best. In case any problems or challenges arise during the project, team leaders will be the ones who either address them or report them to the project manager.

The tech lead, meanwhile, is the team’s expert when it comes to technical knowledge and is responsible for managing all technical aspects of software development. From planning, designing, and estimating the time needed for technical phases of the project and suggesting improvements, to solving problems regarding hardware or integrations, and helping the developers with coding if required. 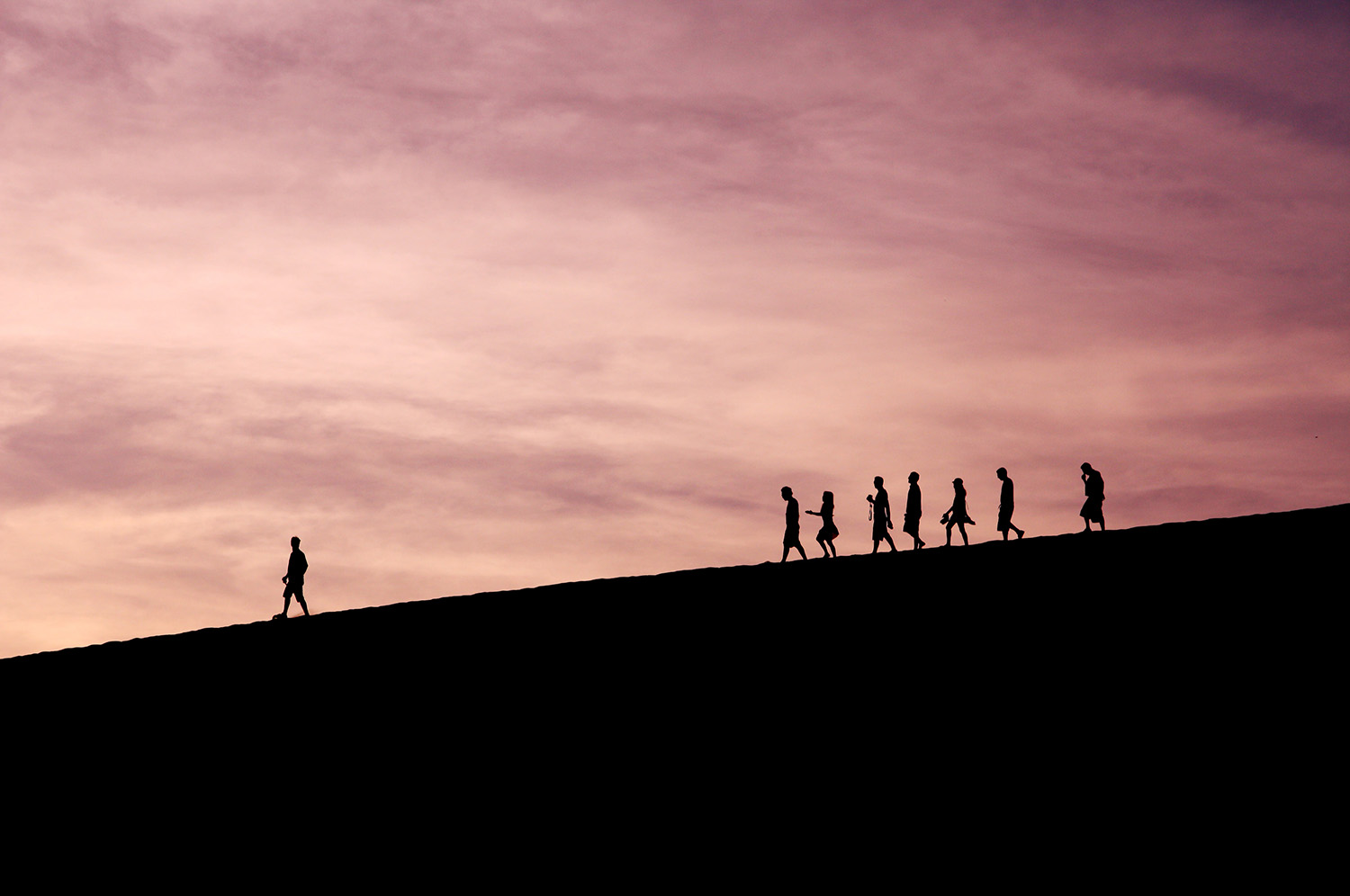 After a UX/UI designer has crafted the user flow and the visuals and the copywriter has prepared the content for the product, the front-end developer assembles all of those pieces to build an intuitive user interface. Besides text and visuals, that also includes links, buttons, navigation bars, animations, and any other features with which the user can interact.

Another of their responsibilities is to make sure every single user has a similarly excellent experience while using the product, regardless of which device, browser, or operating system they use. This means optimizing the product for mobile devices and different operating systems, plus guaranteeing the best possible speed and performance of each version.

After understanding what the client’s main requirements are, back-end developers plan and create the product's architecture, write code for the interactions between the server, product, and external integration, plus decide which services and databases should work together.

But that’s just a fraction of their main tasks. Back-end developers also often create and manage databases, as well as work on product safety and security settings to prevent data leaks or hacking attempts.

That doesn’t mean, though, that full-stack developers are masters in all software development areas. Most of them are highly skilled in one or two areas and spend most of their time as either front-end or back-end developers. But they know enough about the other areas of software development and have a wide array of skills that, if the need arises, they can jump from being front-end to back-end or vice versa. 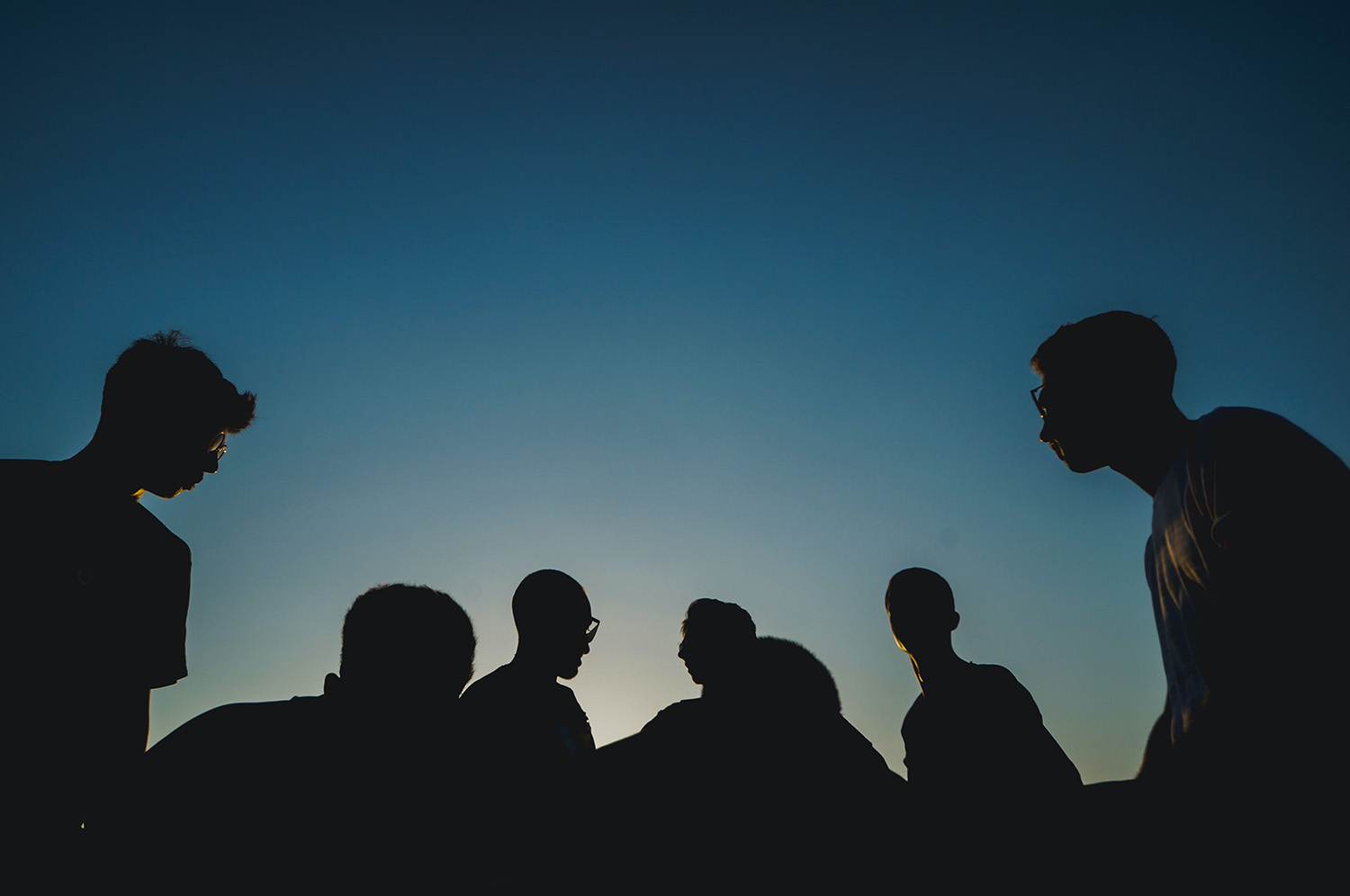 Releasing a product without testing for bugs or errors in advance is a recipe for disaster, which is why software testing is one of the essential roles in a software development team. Software testers are responsible for finding bugs, errors, and vulnerabilities, thus ensuring the quality of the software.

After analyzing and reviewing the client’s requirements for the software and researching possible issues, a tester’s main task is to plan, design, and execute various manual or automated checks. From testing the main features and functions of the product to checking the performance, speed, usability, security, and how the app or software reacts under heavy load.

If the tests indicate problems with the product, it’s the software tester's job to find a solution to the issues, document them, and then fix them (or let the developers know what needs to be fixed), preventing a negative effect on the user experience or functionality of the product.

While software testers check products from a developer’s perspective and test them bit by bit, the primary role of a quality assurance lead is to oversee the development and testing of a product to ensure that all industry and organizational standards are met. But that’s not all - quality assurance specialists look at the whole product like an end-user would.

Besides testing the product from the perspective of future users by paying attention to the design, performance, security, and usability of the software, as well as notifying the developers about any bugs or usability problems they spot, their job is also to write proper product documentation and test if the implemented features meet the client’s requirements. 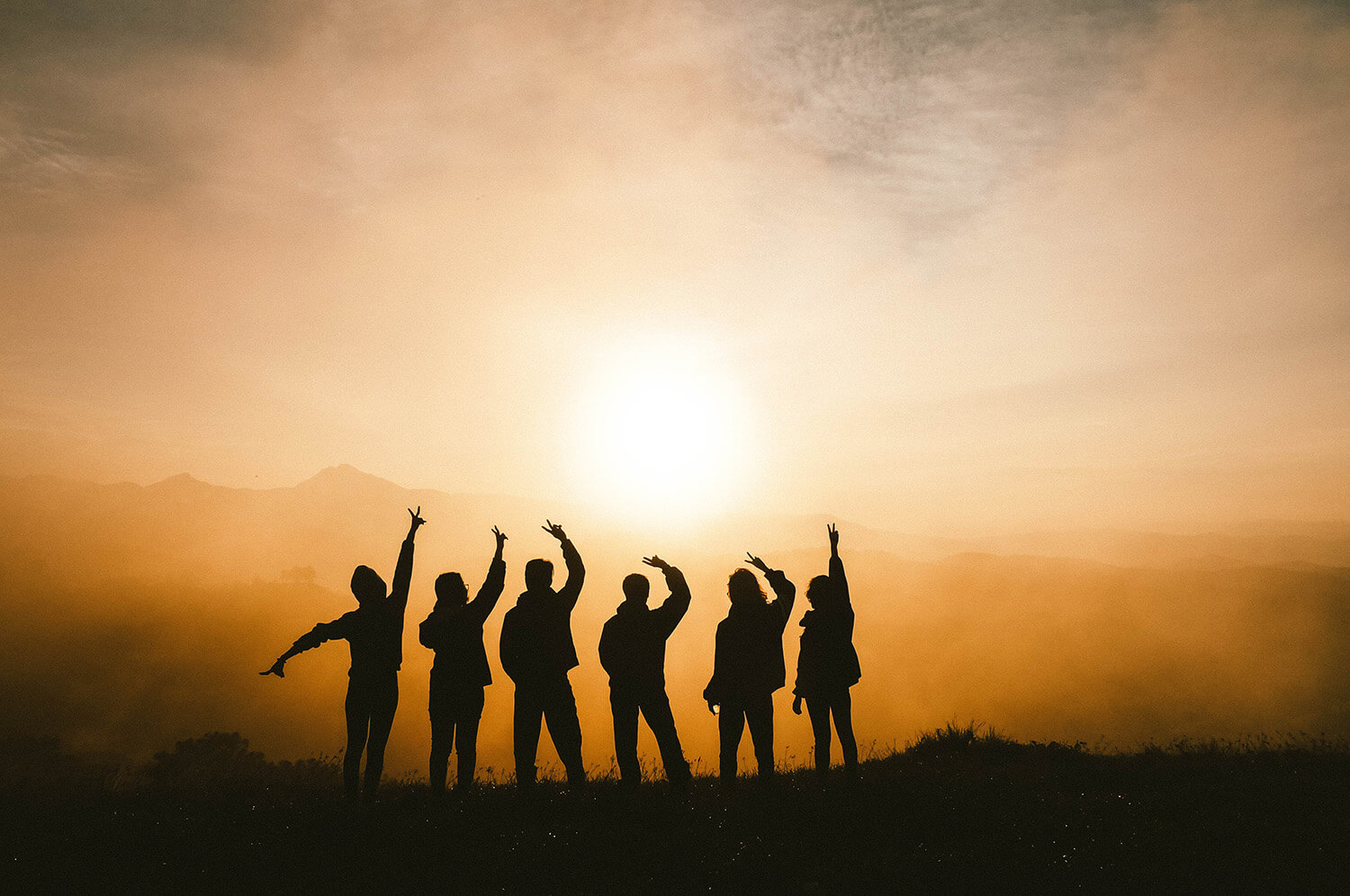 UX (User Experience) designers are often confused with UI (User Interface) designers since the names are very much alike (and similarly to team and tech lead, it can be one person that combines both roles, as the UX and UI areas are deeply intertwined).

While a UI designer focuses on how the product looks, a UX designer works on providing the best possible experience for users of the app or software. Besides analyzing user behavior and predicting what might be important for them, a UX designer also considers how similar, competitive products work and comes up with ideas for improving the user experience even more. Gathering and analyzing feedback from users to enhance their satisfaction is also one of a UX designer’s priorities.

A UI designer's main duty is to design a functional, convenient, and appealing user interface for the product, including the content, style, navigation elements, menus, icons, colors, etc. After their designs are ready, they are handed over to front-end developers who turn the design into “tech speak” and implement it into the app or program.

Another of a UI designer’s tasks is optimizing the UI design for different devices, such as preparing a mobile and desktop version of the product.

A DevOps engineer is a bit different from the aforementioned IT specialists. They don't work with the project's code itself, but instead connect the software development (Dev) and IT Operations (Ops) teams, as well as oversee their daily work. By integrating and collaborating between those two groups, a company can work on its products and release updates much faster and in a more consistent way than in a regular model.

Among their daily tasks, DevOps engineers evaluate how reliably the system runs, find out which tasks can be automated to reduce the software development team's workload, and determine how release cycles can be scheduled better. All so the software team can work more effectively. 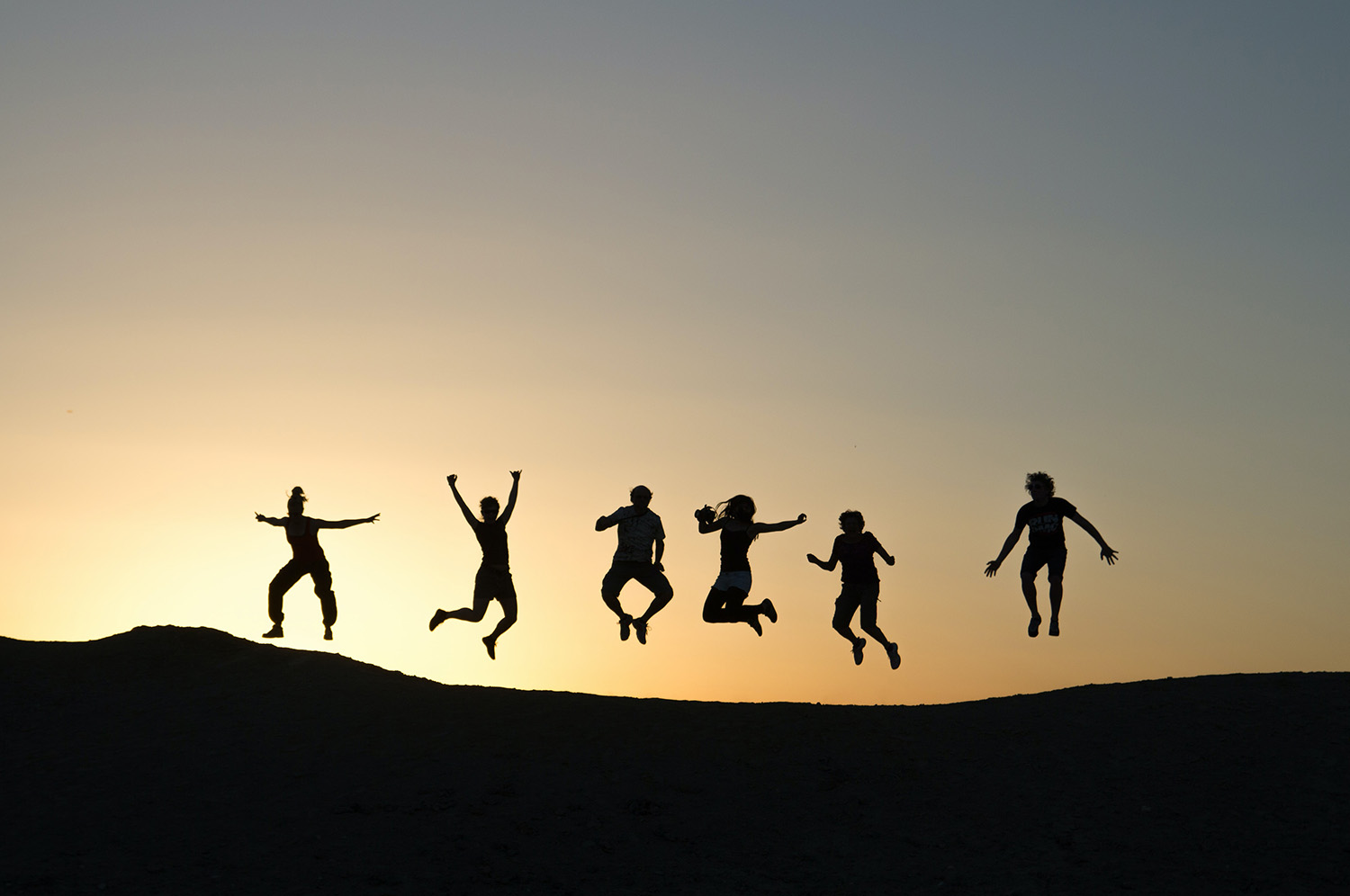 Software development is not just about writing code nowadays. To fulfill all the needs and requirements of the client, several people with different roles in a software development team are required. One team member will be responsible for the look and feel of the product, a second for ensuring the stability and reliability of the app, while another will take care of providing the end-users with the best user experience possible.

But do you need all of the aforementioned specialists to turn your idea into a successful product? Asking software houses like us for insight is your best bet. After all, there's no such thing as a "perfect team composition" - what will be perfect for one project, might not work so well for another. At Angry Nerds, we always suggest the team structure based on the character of your project and we're open to adapt if anything changes over time. Feel free to drop us a message if you'd like a consultation on your next project!

➤ 6 common risks in software development projects – and how to avoid them
➤ Dedicated development team for enterprise: how does it work?
➤ How much does it cost to build a mobile app for your business?