What makes a successful IT project: key elements There are many software development risks you should be on the lookout for during every new project. What are the most common ones and how can you prevent them? Read more to find out.

According to Geneca’s report from 2017, 75% of IT executives believe their projects are doomed from the start. The reasons for this pessimistic point of view vary from having to spend time reworking projects, through unclear project objectives, to a lack of cooperation from clients. And that’s only the beginning of possible project management problems.

No matter how carefully you plan and how elaborate the plan is, you might still run into some trouble. And the more complex the plan is, the bigger the risk of things going south. The budget might turn out to be severely underestimated and so you suddenly lack the necessary resources to complete a project. There might be unexpected technical difficulties forcing you to change the scope or hire additional team members. Or the team members might become ill and be absent for a while. And when it comes to deadlines, Murphy’s Law on business and management says “A carelessly planned project takes three times longer than expected; a carefully planned project will only take twice as long”. 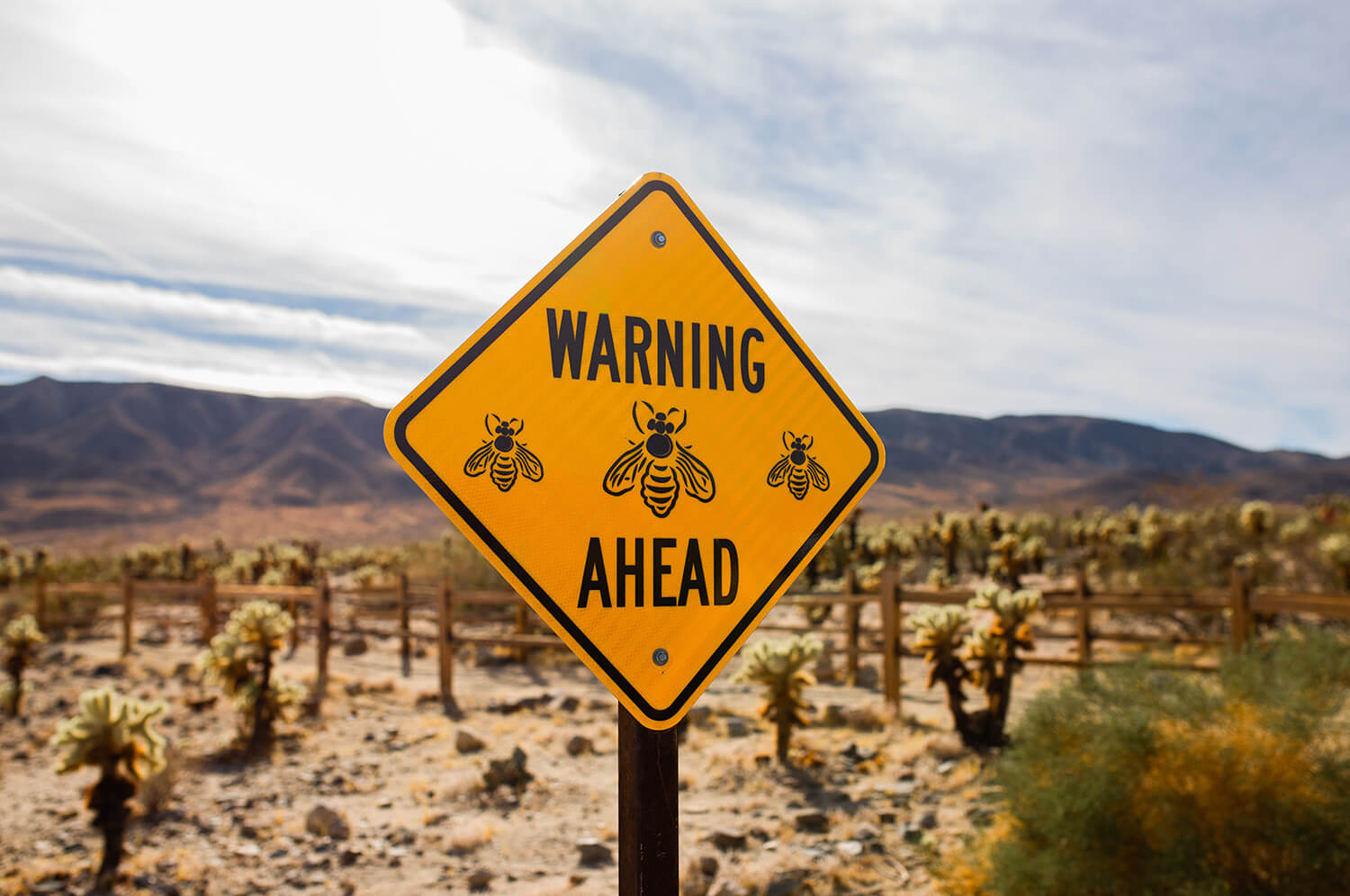 That doesn’t mean you can’t do anything to prevent those things from happening though, as you can if you carry out a project risk management analysis. While risk management still seems to be often overlooked by companies (in a PMI survey, only 27% of companies said they “always” perform them, while 35% said they “sometimes” do), it can help greatly with handling unexpected situations. Risk management allows you to identify potential setbacks or obstacles and take action to either completely prevent or at least minimize the damage caused by such situations.

Let’s start by defining what exactly risk is. According to the Cambridge Dictionary, a risk is the “possibility of something bad happening,” meaning a potential problem that might (or might not) happen in the future and which may have various negative consequences. In software development, and IT in general, we can define two different types of risk:

Ignoring the possibility of obstacles and problems occurring along the way may at best just prolong the time until your team members will have to address them, but at worst might even lead to project failure. And the more complicated and lengthy the project is, the higher the risk that you and your developers will stumble upon a problem. 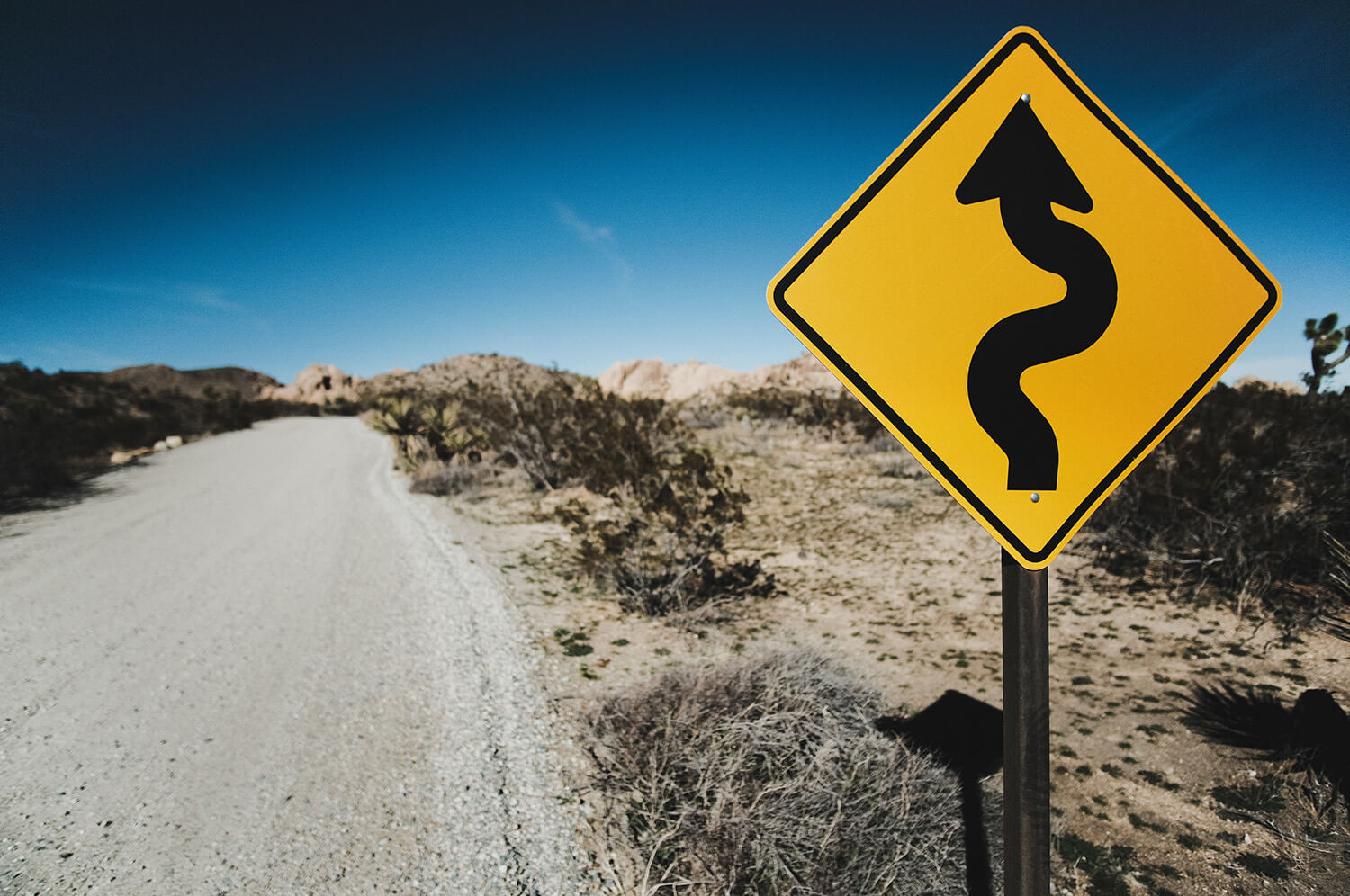 1. Sudden changes to the schedule

Even if you have plans to create a simple piece of software, many things might change between the start and finish lines – for example, a client changing their mind midway and requiring new features to be added. Unexpected technical issues may also require adjustments to the plan, causing a delay. And that’s all right, which project didn’t have any delays?

Problems start when priorities, requirements, and the number of tasks keep changing continuously. The team can be either overloaded with tasks or won’t have enough to do, which hurts its members’ productivity (and motivation). Tasks that are half-completed may be suddenly abandoned because they are no longer necessary, and predicting deadlines or making schedules becomes difficult with so much chaos around. In the worst-case scenario, your team might even need to redo parts of the product that have already been completed because they no longer fit the scope, which leads to even bigger delays.

While you can’t predict everything that might change, getting your team involved in planning, estimating, and assigning tasks can help with determining which tasks should have the highest priority, in what order they should be completed, and how many tasks each team member can get done without feeling overwhelmed. Preparing detailed documentation with all the necessary information for team members (such as basic project information, team members’ responsibilities, access details for tools, feature lists, etc.) can also prevent the chaos from growing. 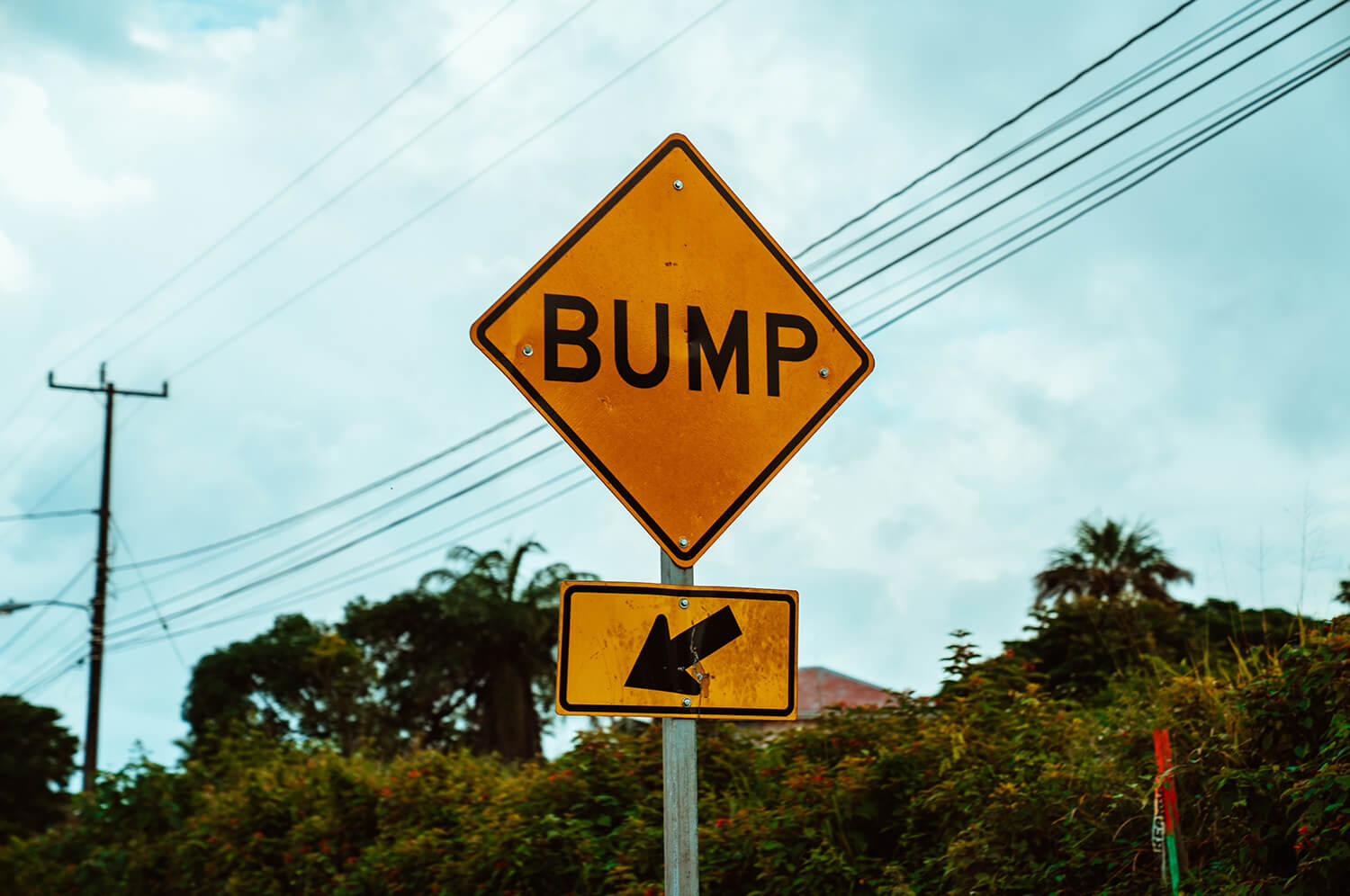 In case you need to change the scope suddenly, it’s essential to analyze how doing so will impact the current state of the project, how many team members you need to make the changes, and will they cause delays or additional costs. It would be best if you also get feedback from your team members regarding the changes, as this will allow you to divide the tasks efficiently without leaving some overworked and others with little to do.

Unexpected changes don’t only mean delays and more work to be done, but they very often also mean extra money to spend. One common situation is “scope creep”, when a project grows far beyond the initial requirements because there are several “extra” features added out of a desire to exceed the expectations of the client or because the initial goals weren’t clearly defined. If the costs keep rising and you aren’t prepared for them, this might even lead to project failure due to a lack of funding.

During the project discussion meeting, double-check that your team understands the main requirements and what they are responsible for. If they have any suggestions or ideas about changing the scope or there are necessary changes to be made, it’s a good idea to discuss them and their expected costs at team meetings to decide together whether they will make the product better or not.

If the list of software requirements has already started to grow beyond control, it’s a good idea to take a step back and analyze when things started to get out of hand. Whatever the situation is, reserving extra funds for unexpected changes is always recommended.

3. Lack of commitment and low productivity

This issue can be especially troublesome during long projects, as while team workers may be fully committed at the start, the longer the project goes on, the less motivated they might become and the more time it will take them to finish each task. If the team isn’t regularly monitored and motivated by the manager, delays are inevitable. In the US alone, for every $1 billion invested, $122 million is wasted due to poor project performance!

Another situation that might negatively affect team members’ motivation is when part of the team is ahead of schedule while the others are lagging behind. That can both cause delays in product delivery and also be a source of conflict among team members, especially if they have to continuously wait for others to finish their tasks.

Pay attention to how other team members are working and whether they have any problems focusing on their work or completing given tasks. If they do, talk to them to find out what the issue is. For example, if they need more information about the project or more resources. Another way of motivating your team to work to the best of their abilities is to regularly praise their achievements (like getting ahead of schedule) and offer them incentives. 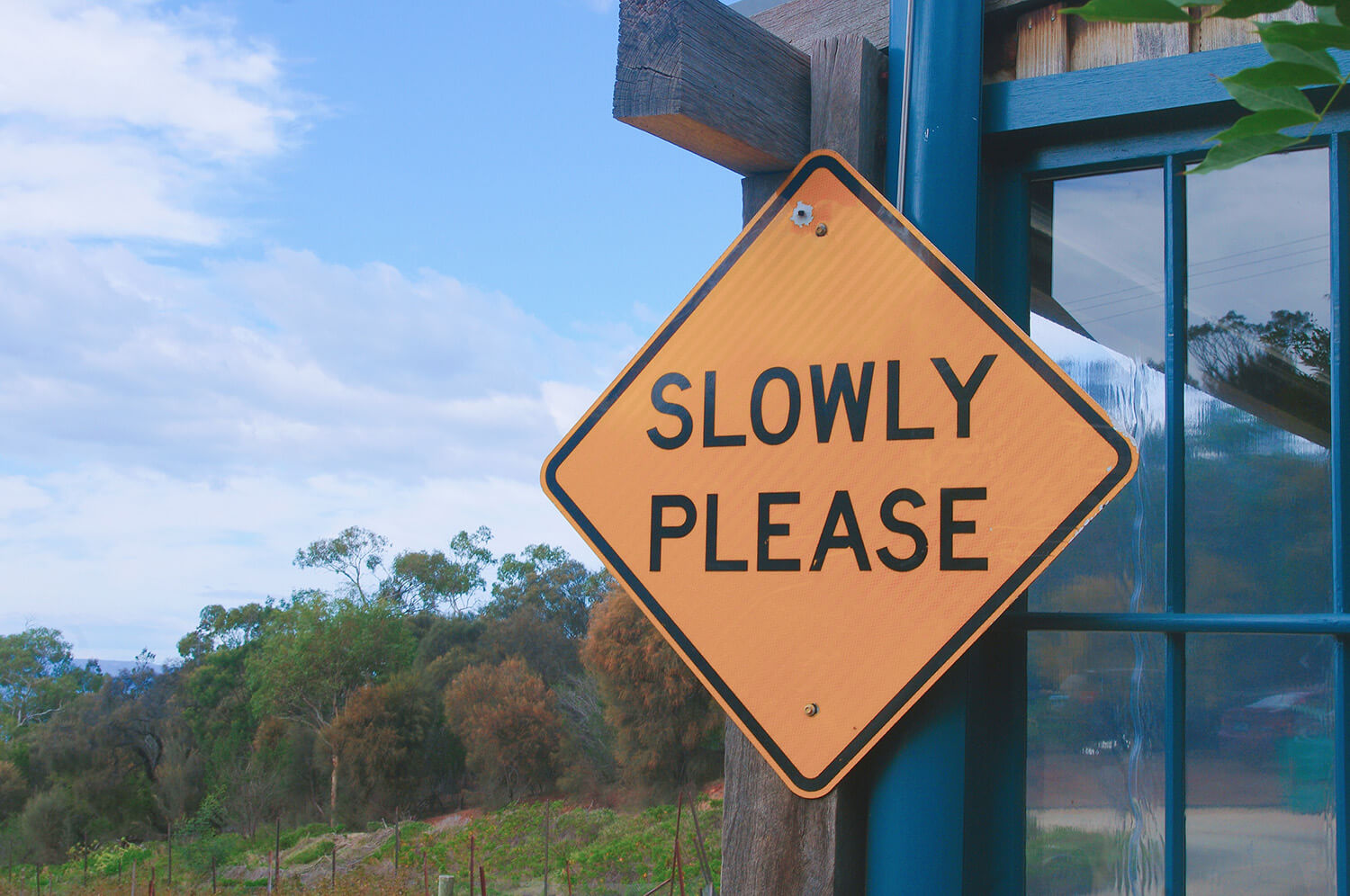 Communication problems and misunderstandings can quickly get in the way of efficiently finishing sprints and delivering a completed product. If you and your team members aren’t on the same page when it comes to what needs to be done, it may lead to workplace chaos where the same tasks are completed by several members separately while others are not even started. Misunderstandings might also lead to team members doing something they are not supposed to because they don’t understand the instructions clearly, and then having to spend time redoing their work.

The best way to avoid communication issues is to have regular team meetings with all members and the client. This will allow you to assign tasks to each team member, prevent situations when there’s confusion about who is doing what, and immediately answer all doubts or questions, also regarding the client's expectations. Maybe a short daily call with the team, and a biweekly recap with the client? Find out what will suit your project best.

To make the most of the time dedicated to the meeting, especially a longer one, it's best to prepare a clear agenda beforehand and distribute it to the participants, so they can get ready for potential questions in advance. And don't forget to stick to the agenda - no one likes endless meetings that could have been an email! 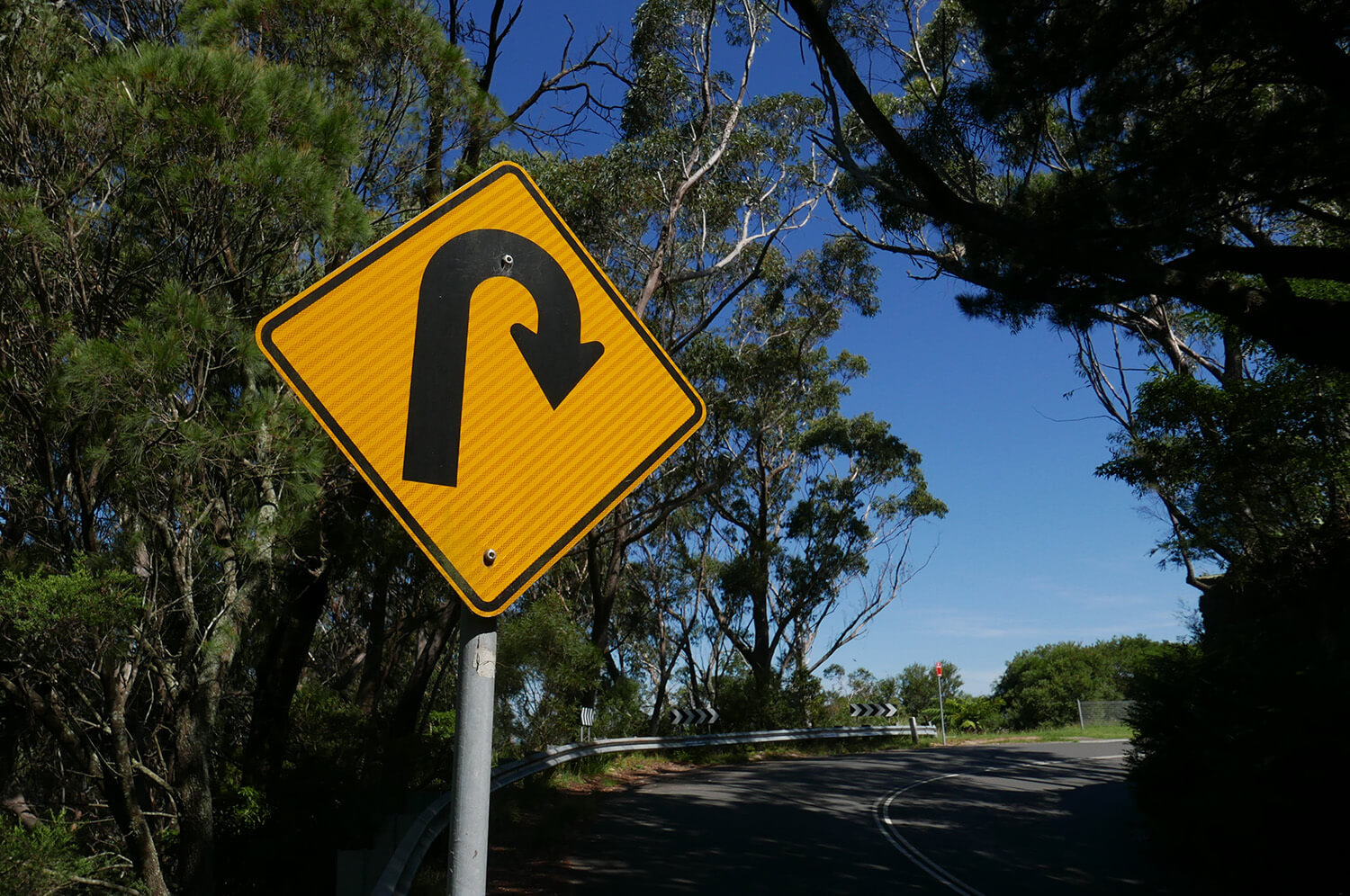 5. A team member’s absence or resignation

As each software development project requires at least a few people working on it together, completion of the product can be significantly delayed if one of them gets ill or resigns. You will not only need to look for someone to fill the position, but also inform them about the requirements, tasks, and the overall situation. If a developer is responsible for key parts of the software, their absence could even completely derail the project.

If team members all share knowledge regarding the project and are used to working together, then it’s possible to temporarily fill a vacancy with another specialist who has similar skills and experience (especially if the employee won’t be absent for long).

But what if you need to hire a new employee altogether? Providing them with detailed documentation about the progress so far, requirements, and all necessary knowledge regarding the project might be just what they need to get started. With additional support from the Project Manager and other team members, introducing a new employee to the project can become quite seamless.

Nothing can create more stress and frustration among teams than very tight and strict deadlines, especially when so many things can get in the way of finishing a project on time (from the client’s requirements changing, through poor communication, to absences or unexpected technical difficulties). And as the pressure on team members to finish on time grows, things are bound to go wrong. There will be errors, half-completed work, conflicts, and unhappiness on both the client’s and the developer’s sides. 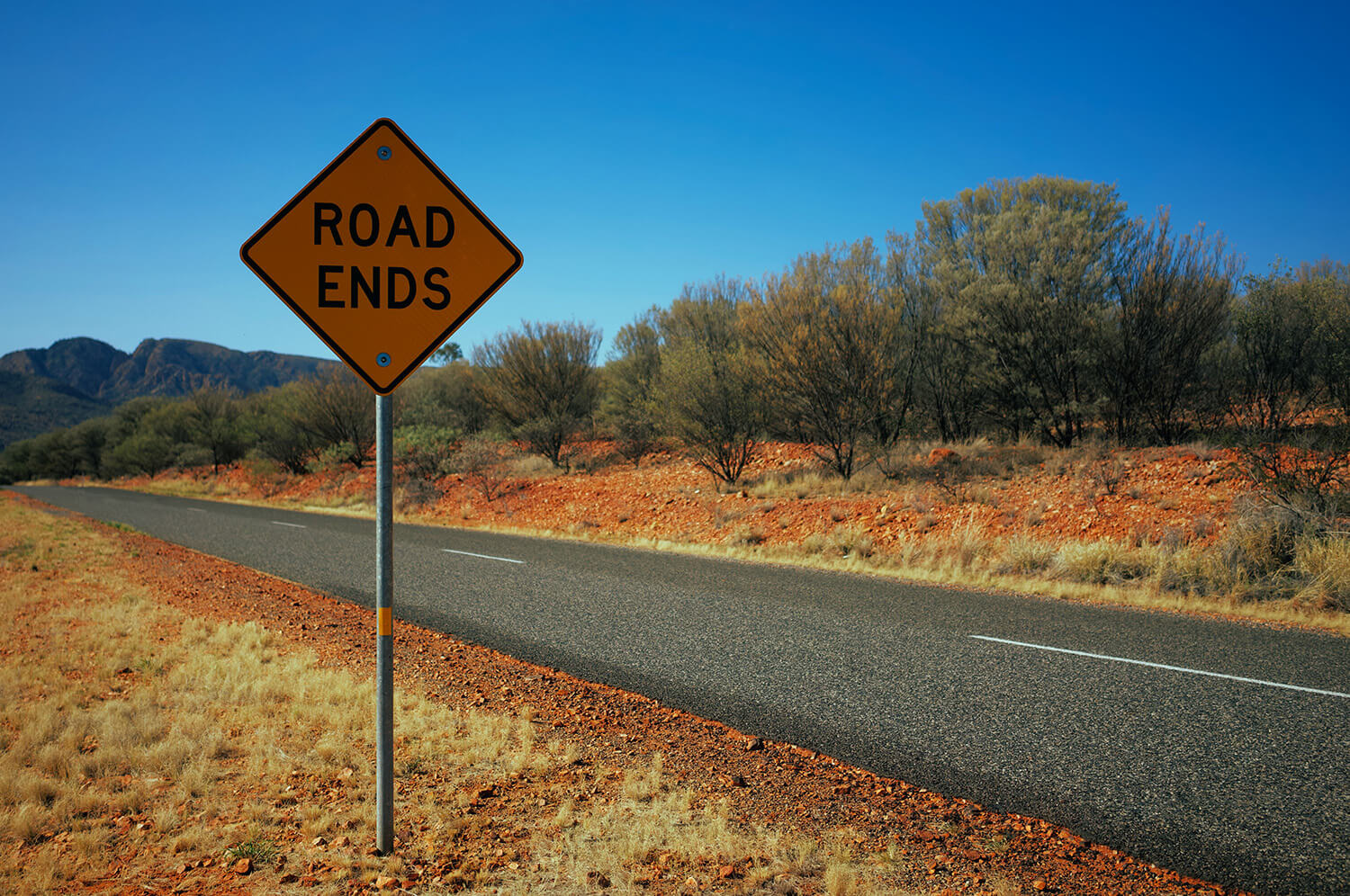 In order to set realistic goals and deadlines for your team, talk with your developers to find out how much time they require to meet the objectives and which tasks they expect to take the most time so that you can plan accordingly. A good idea here is to break up large tasks into smaller ones and then estimate the time needed for completing each of them.

Ensuring that all team members are on the same page and understand their roles will also improve the team’s speed, cooperation, and productivity by reducing the time spent on unimportant tasks. Clients should also be informed about any delays or changing deadlines as soon as possible, especially if the cause is serious (such as system malfunction).

Every project comes with several software development risks attached, especially if it’s a complex, long-term one. And the more the software development industry evolves, the higher the number of possible obstacles and setbacks you may face along the way. Fortunately, most of them can be prevented before they do any damage.

If you think carefully with your team about what might go wrong during a project and prepare them and yourself for such situations, everyone will know what to do and how to act if something does go wrong. Maybe nothing will and the project will be completed without a hitch, but if the worst comes does happen then you’ll know what to do and be fully prepared to minimize the impact of the problematic situation.

➤ What Makes a Successful IT Project: Key Elements
➤ How to Create a Project Roadmap. A Step-by-Step Guide
➤ The 7 Most Common Mistakes When Creating a Mobile App

What makes a successful IT project: key elements