MVP vs PoC (vs Prototype) – a complete guide The role of a Product Owner in a software project

What are the differences between a Proof of Concept, a Prototype, and a Minimum Viable Product, and how can they be useful during software development? Read on to learn more.

Many companies' lives would be made easier if they could take a straight path from having an idea for an app to building it, releasing it, and reaping the benefits. But unfortunately, software development isn't that quick or easy. Before the idea for a new app or software can become a reality, a lot of testing and research needs to be done.

Otherwise, it might turn out in the middle of the project that what sounded easy during meetings requires far more work and money than expected, or that you have to deal with one problem after another. And after everything is finished and the app is released on the market, it's not what the audience wants or needs so there's zero interest from your customers.

How to avoid all of those dire scenarios? Simply by testing and verifying your idea at every development stage. And whilst researching how you can test your new product before releasing it to the world, you have most likely heard the terms "Proof of Concept," "prototype," and "MVP" being mentioned often. 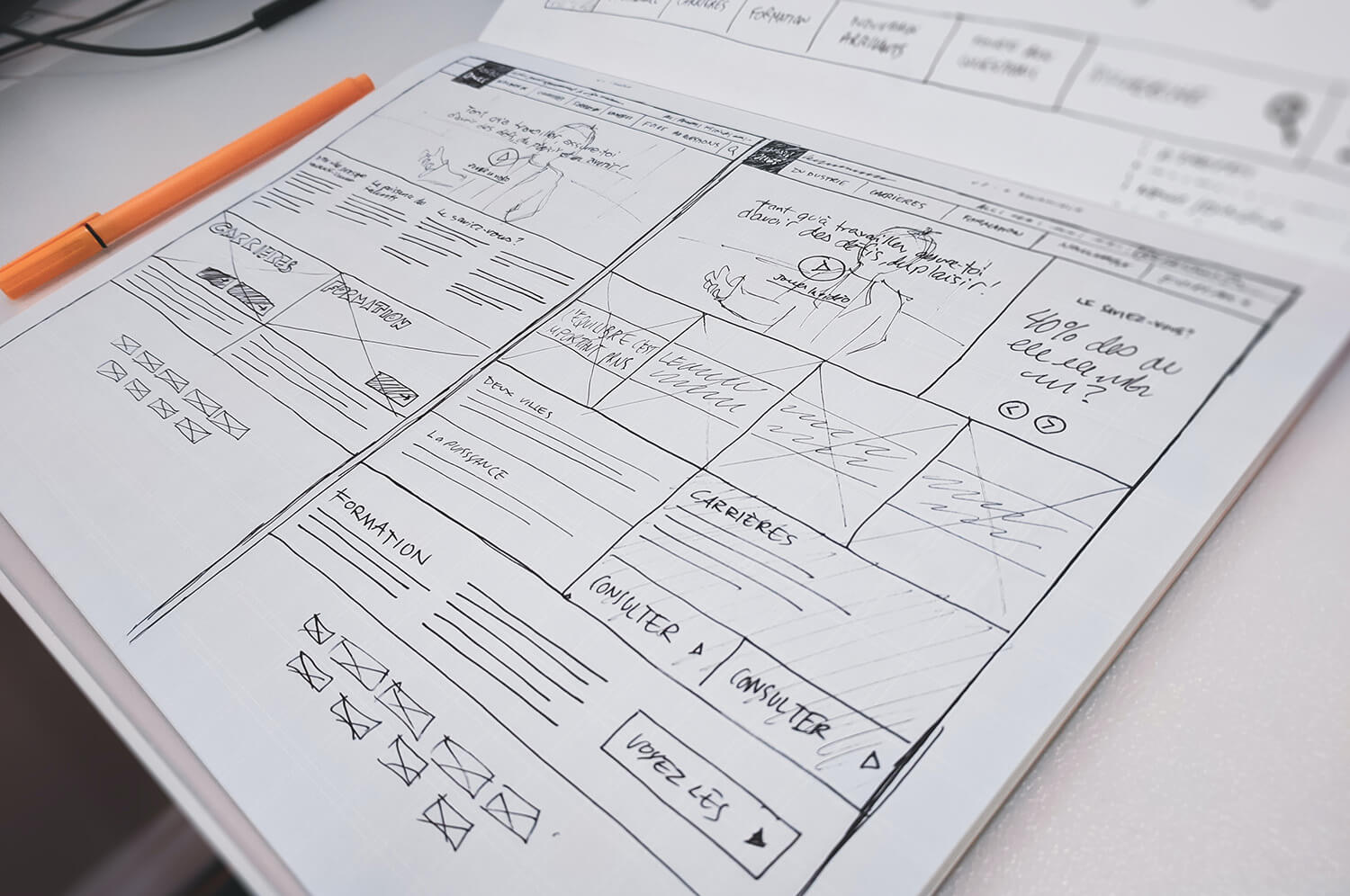 But, since there tends to be a good deal of confusion among companies about what each term means and their benefits, the testing stage may be neglected in favor of releasing the solution earlier. That might turn out to be a costly mistake though, as all three testing stages can be incredibly helpful when it comes to building and releasing your new app or program successfully and, importantly, getting your audience to use it regularly.

In this article, we'll take a closer look at all three different stages of product design and point out the similarities and differences between them to convince you that it's definitely worth spending time on. Shall we start?

Answers the question: “Is this idea viable?”

A Proof of Concept is exactly what it sounds like - proving that your idea can be made a reality and that this product is something your users actually need by testing the concept itself. PoC is normally used to test a key aspect or feature, so you might have many of them if your idea is particularly complex. Performance, usability, and less important features are not added to a PoC since it's only used internally for testing purposes - you could call it a "bare-bones" version of your future software.

What can companies use a PoC for? With market research or gathering feedback from their audience carried out as part of a company’s PoC, they can gauge whether or not there is even a need for the product they are planning to create and how their audience reacts to the idea.

If there's enough interest in the software or app idea to make it worthwhile, then it's a good sign that the concept should be turned into reality. If there's barely any response, though, that may mean the product isn’t something that people need at the moment. In this way, a Proof of Concept prevents companies from wasting their time, energy, and resources on a product that will ultimately fail to meet its users’ needs and expectations. 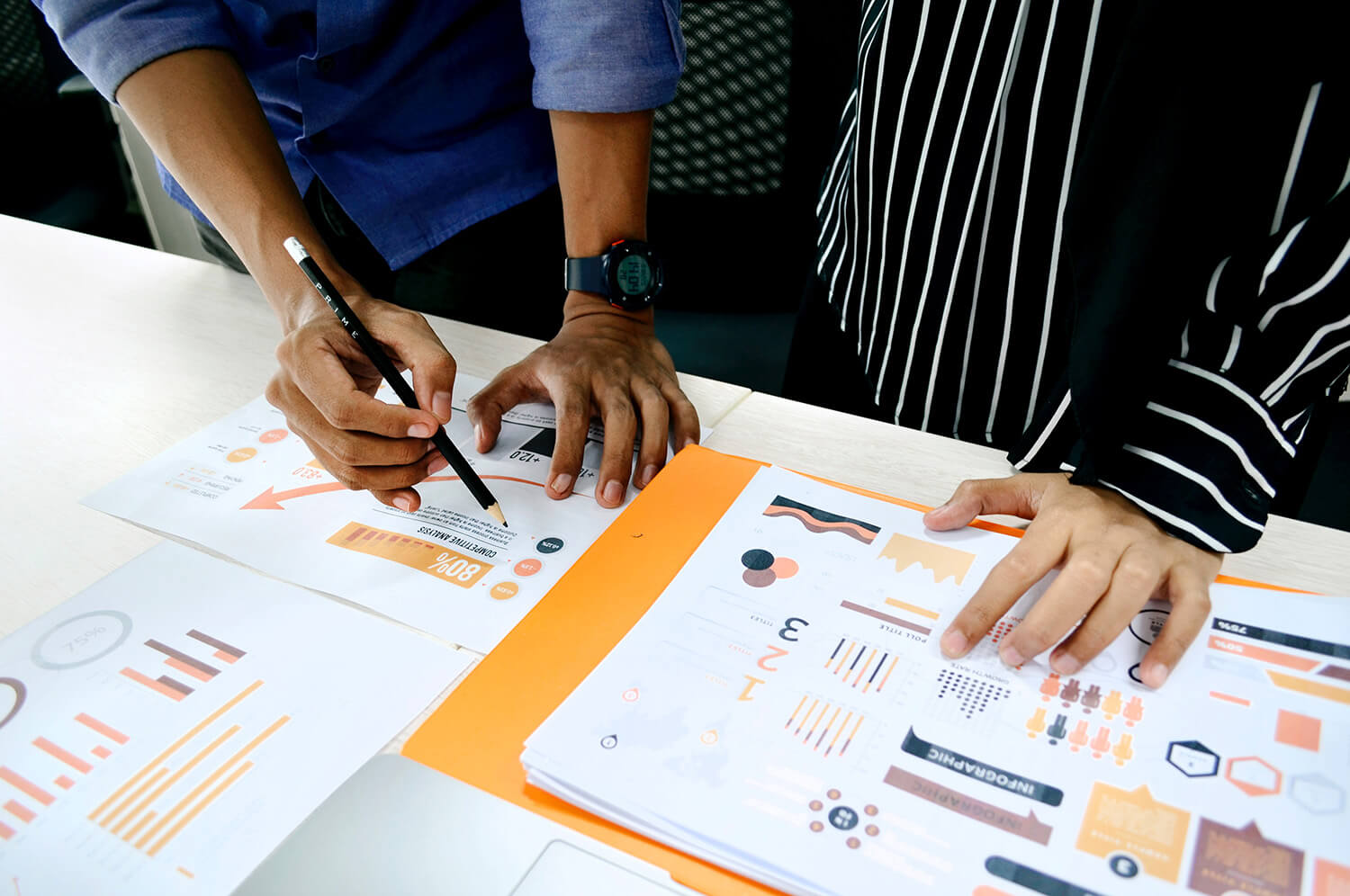 Besides finding out if there's any interest in your app or software idea, having a PoC is also handy for determining whether your app can be built cost-effectively and without any major obstacles. During the PoC stage, you can plan the app or software’s design and implementation phases and determine what possible risks or problems might occur later. This is especially important if you are planning to add a new feature and aren't sure if it will work in an intended way, or if you are thinking about using the latest technology that you haven’t previously used or tested.

Imagine that your team is working on a new mobile app for your company. Everything looked good in the technical documentation, but halfway through it turns out that building such an app is far more complicated and costly than was estimated. Even worse, some of the features you wanted are not working together properly, and the app keeps crashing. What now? You have two choices: either end the project immediately or continue with the development stage despite the increased workload and costs.

Having a PoC stage before starting the main development works will help prevent all that - if the tested feature doesn't work as expected or the costs are far higher than estimated, you can modify the project until you are sure that it can be completed successfully without major setbacks on the way.

When should you create a PoC? 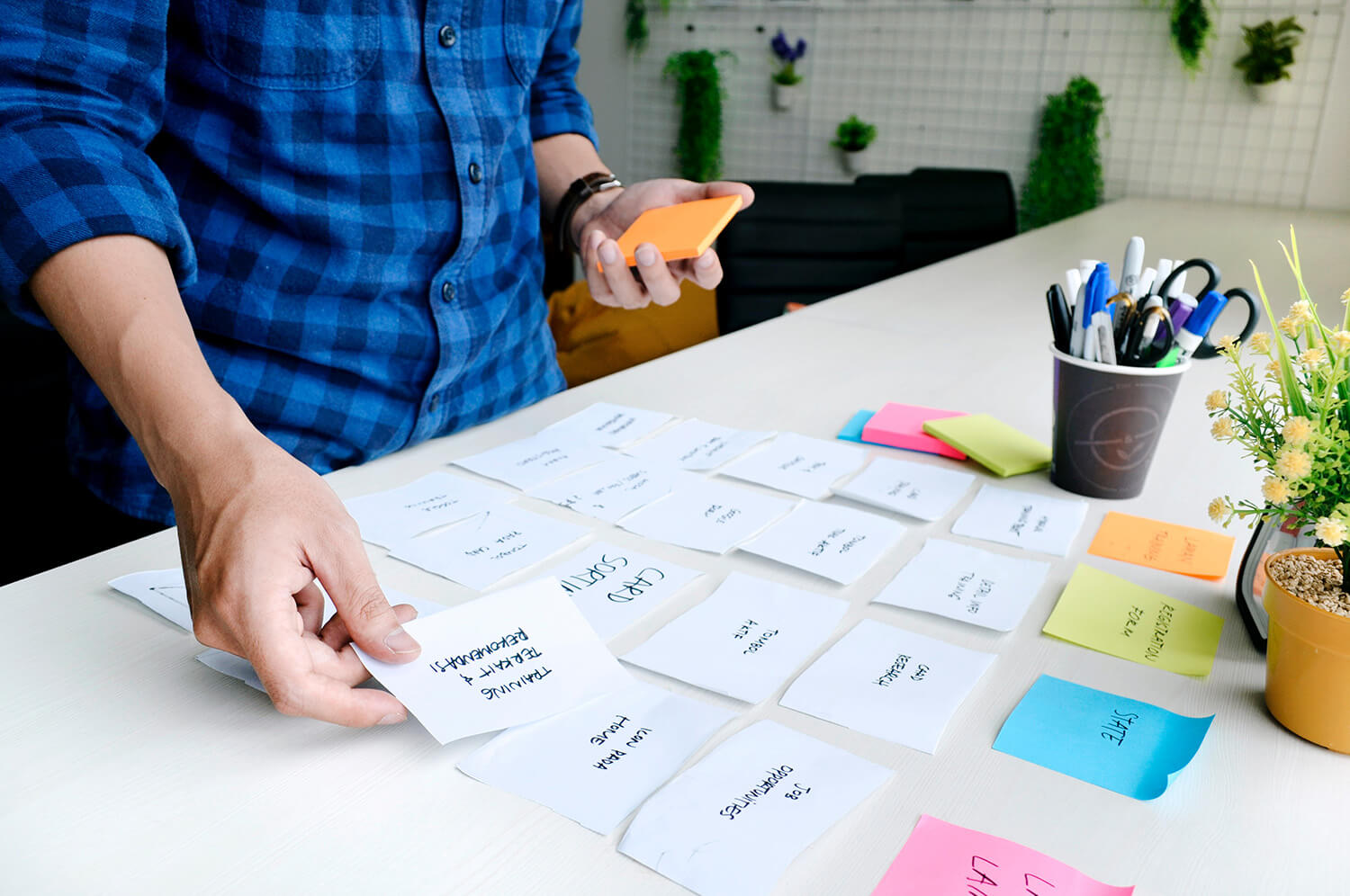 Answers the question: “How will the finished software work and what will it look like?”

While Proof of Concept is the aforementioned "bare bones" version of your product, a prototype is a more detailed, interactive model of it. The role of a prototype is to show how the completed software is supposed to look and feel like, as well as how it will work in practice. It's also far more visual than a PoC because the user flows, (initial) design, and interactive elements are added to give companies a better idea about the final design.

You can think of a prototype like a 3D model of a house that an architect creates to show what it will look like and how the rooms will be arranged, etc. If you have any suggestions or needs, the architect can modify or even completely rewrite the model to fit your needs. After the house model is accepted, the architect can use it to provide the builders with an accurate visual description of how the actual house should look like.

Creating a prototype has a similar function - to determine the overall performance, design, and usefulness of the product and test out its main elements. Another important function of prototype testing is to spot any errors or inconsistencies in the design and get them cleaned up before moving on to the main development stage. Finding potential problems or bugs in the early stages of the project will also save a lot of your and your developers’ time. Since there’s barely any coding involved in a prototype, fixing those errors will be much easier during this stage compared to dealing with the same problem later (not to mention it will cost less too).

When should you create a prototype? 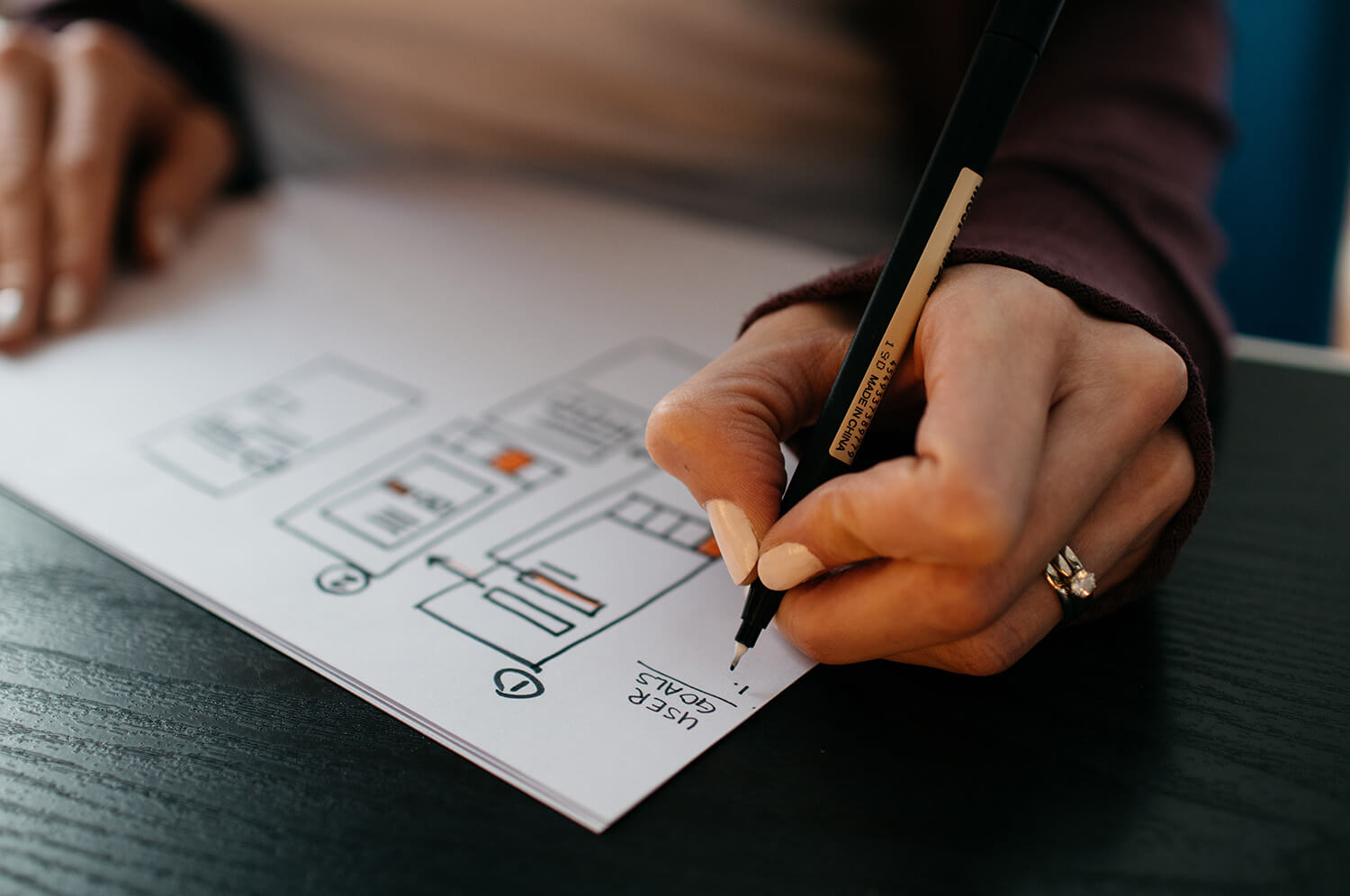 Answers the question: “How do users react to our app?”

While a prototype is usually tested internally, the Minimum Viable Product is created with the end-users in mind. What exactly is a Minimum Viable Product or MVP? It's a functional application with enough features to satisfy the end-users’ needs, yet still not completed and fully polished. You could call it a work in progress. Typically, an MVP is shared with the target audience to play around with the app and test how it works from their perspective. After testing, users will share their feedback and give suggestions about what could be improved.

Gathering feedback is the main role of a Minimum Viable Product. Doing so tells you how your audience uses your application, what they like (and dislike) about it, their main problems with it, and what features or capabilities they expect to be added later. And as an MVP only has a few features inside, it can be created far faster (and cheaper) than a fully-fledged product while still providing a lot of valuable feedback. With it, you can later polish the software according to users’ suggestions and release it only after they are fully implemented. 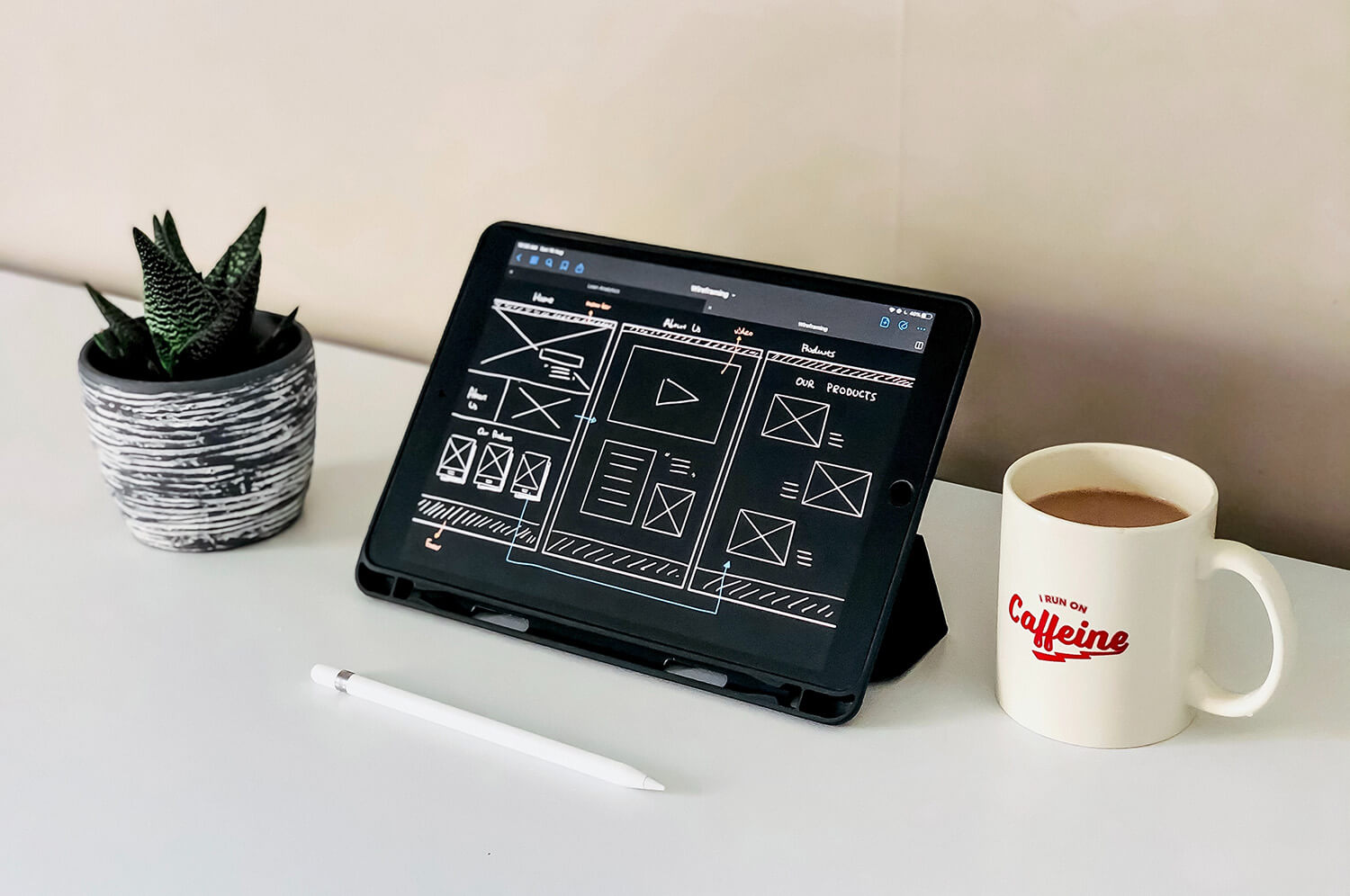 Many companies are wary of creating a Minimum Viable Product version, though, as they think that putting an incomplete version of their app on the market is a recipe for disaster. However, the truth is quite the contrary! The MVP stage can help tremendously with gauging users’ needs and expectations for your new app or solution and then adjusting it according to their comments.

For example, if your users have problems finding a specific feature in the app or are confused about how they can complete a specific action while using the MVP, you can fix this specific problem before the product gets released and thus offer your users a better, cleaner, and more user-friendly solution.

When should you create an MVP?

Creating a Proof of Concept, Prototype, or MVP can be used as a quick and inexpensive way to test out a product idea before jumping into the time and money-consuming development stages. Using one or all of them during your software development process also has other added benefits - from giving you clear data on whether or not creating the app will be worthwhile, and what you can expect during the development phase to point out areas for improvement and give you valuable user feedback.

Validating your product before handing it to the developers will also help you avoid common development risks such as spending far more than the initially estimated costs or dealing with unexpected technical issues in the later stages of project development. It might take you some extra time to verify your ideas thoroughly, but it's more than worthwhile - as with each test, you are increasing the chances of a successful launch and giving your users exactly the product they want.

➤ How to build an MVP. A Guide to Minimum Viable Product
➤ 6 common risks in software development projects – and how to avoid them
➤ Why should you care about usability? Opprotunities of usability consulting

The role of a Product Owner in a software project